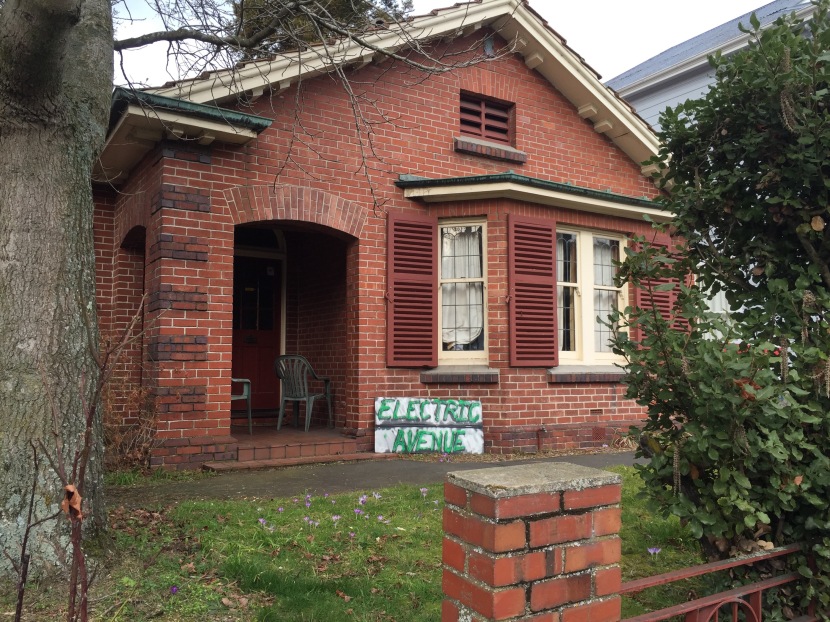 An impressive sign made from a single bed headboard, metal stags head and cursive script reading, “Woody’s Goon on Tap”. 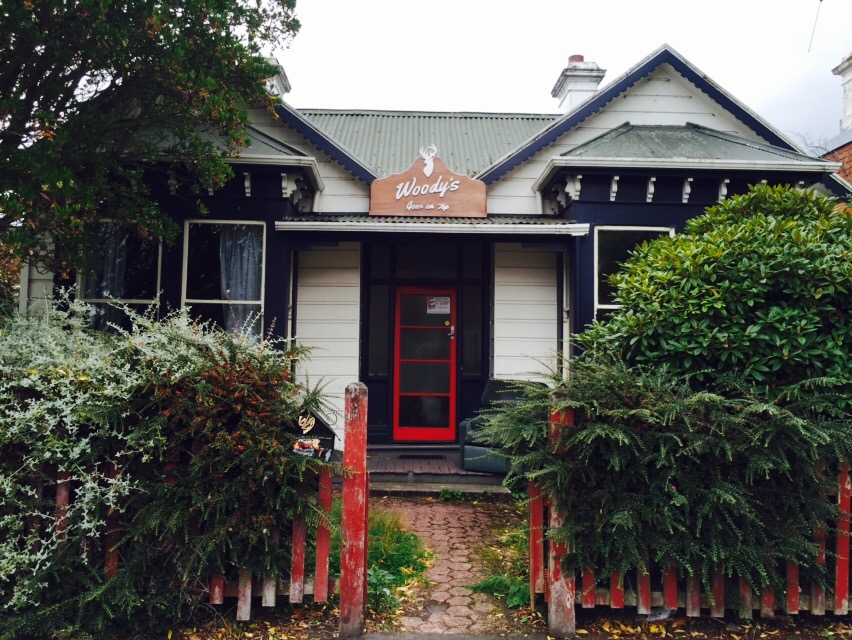 A goon, or bag in a box, or wine cask, was invented in 1965 by Thomas Angove, of Angove Family Winemakers from Renmark in South Australia. His son recalls when he first mooted the idea of a plastic bag full of wine in a box:

This image shows the original method for decanting the wine from the cask. This design was added functionality by Penfold’s in 1967 when they added a tap to the goon bag. Angove’s wine cask had it’s 50th birthday last April.

The goon is a more affordable means of buying wine, and has become a feature of drinking sessions – anyone partaken in a “goon before noon”?