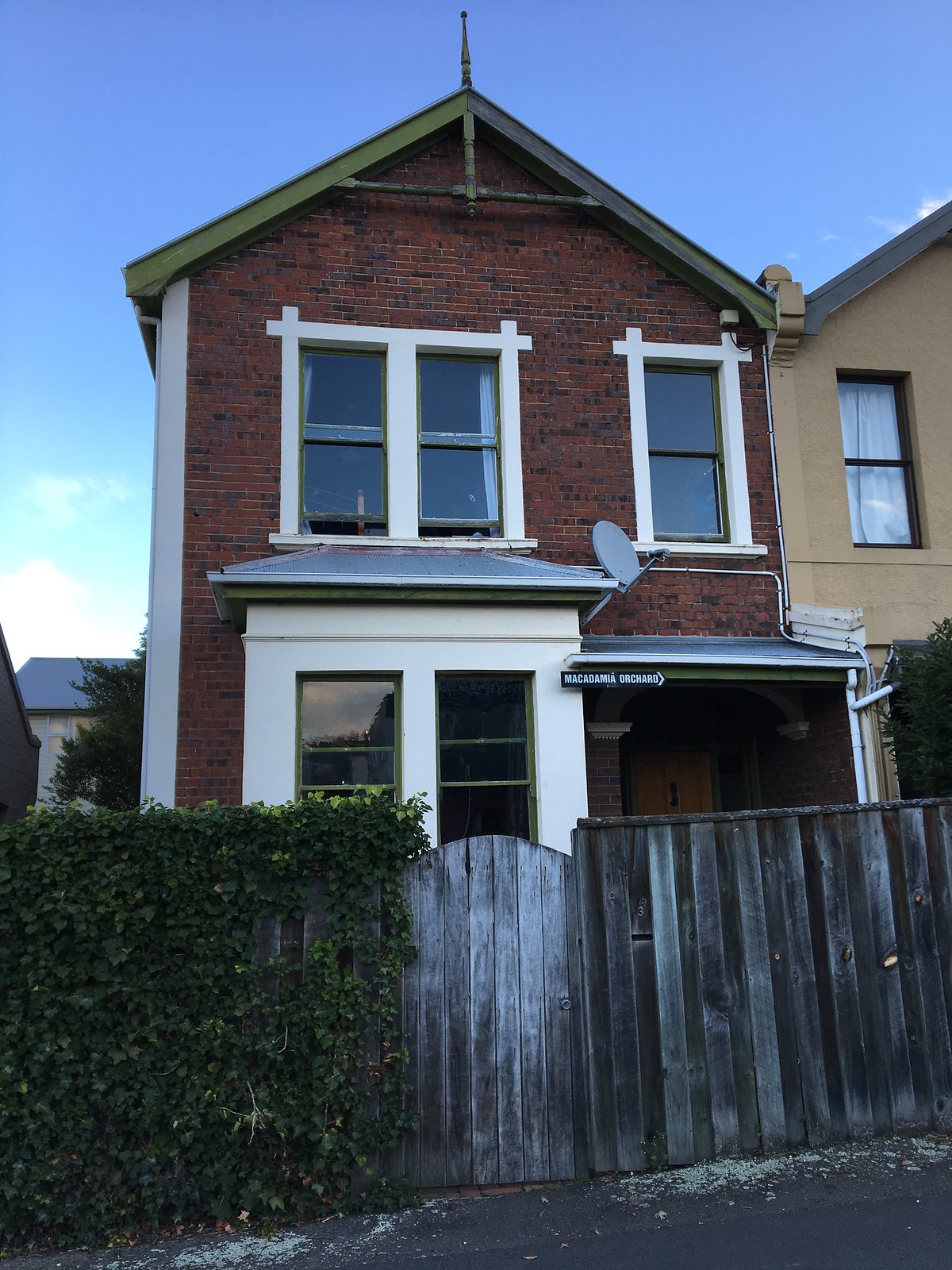 Currently known as Howes of God, Greenwich Villa was captured by local photographer, Gary Blackman in 1985. The following image was recently published by Upright Dunedin on their Facebook page.

There have been several houses on Howe Street that pun on the street name. This house may also be a reference to the very popular song of the same name (different spelling) by OMC from 1996. 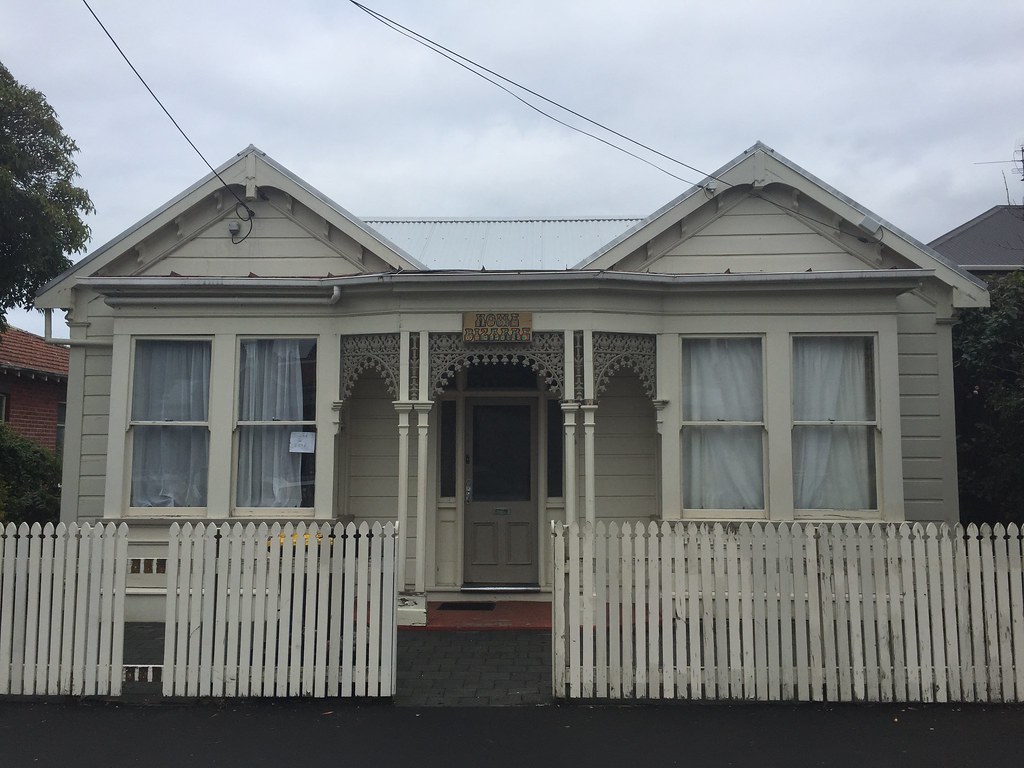 This 5 man flat was named after the novel of the same name by Robert Louis Stevenson. The flatties, all from Auckland, listened to the audio book of Treasure Island on their summer road trip back to Dunedin.

The name of the flat is also influenced by its golden colour (think gold, m’ hearties) and the residents further embraced the name of their flat by dressing as pirates for the Hyde Street party this year (see below).

The flatties were interviewed in 2016 and featured on NewsHub.

Familar pink silhouette on black board on this all female flat.