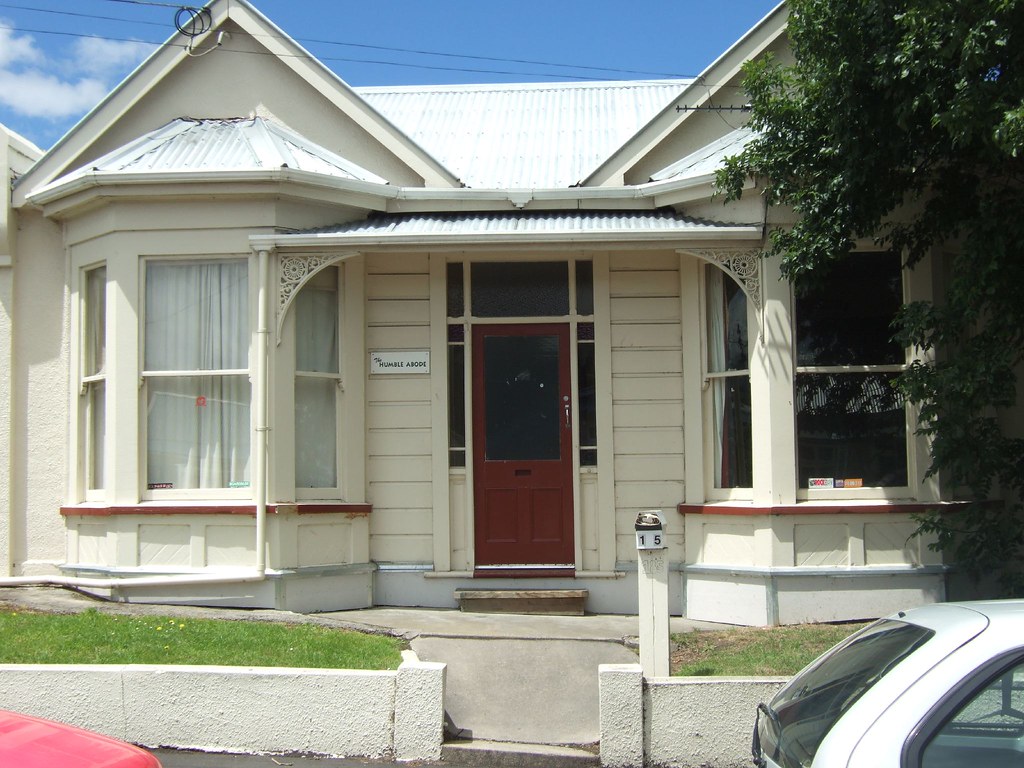 Named for an extremely large plastic pink teapot (similar to this 7.5 litre item intended as a watering can) which was apparently used a beer bong.

Those who were born prior to the late 1980s will remember this penguin from the Bluebird potato chip advertisements of 1989.

The Penguin flat features on Nathan Secker’s Scarfie Flats poster (2000) and in 2011 was judged to be the worst in OUSAs Next Top Flat competition, despite their cute kunekune pig, Chompers! Pig skins hanging on the fence were not related to Chompers and a Radio NZ interview revealed the the residents were all from hunting backgrounds and regularly supplemented there grocery items. The NZ Herald reported the residents had a problem with rats as they backed onto the Water of Leith.

“One of the boys had left his jersey in the hall and he noticed it was rustling. When he picked it up, four rats fell out from it and two ran down the stairs into my bedroom. We set gin traps up and later that night one went off in my room, then a moment later another snapped shut in the lounge. We caught some big fat rats.”