The Yellow Submarine is an example of a name that reflects the physical state, or appearance of the building; in this instance, the colour. This flat name has been around for nearly a decade and in the last couple of years it’s original sign has been replaced by the submarine model on the side of the house.

The house originally sported a rather fetching sign in the window above the door (below – 2007). 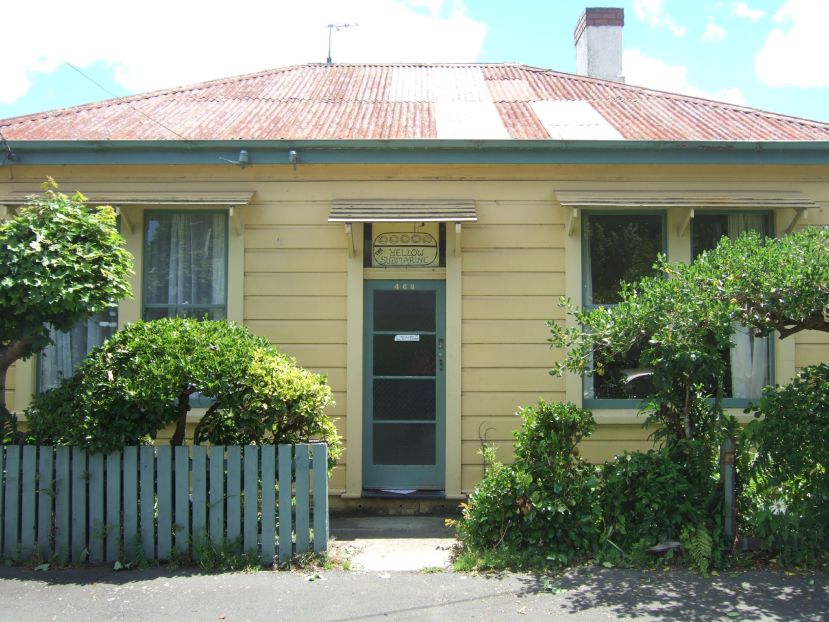