August and September are traditionally the months when students secure a flat for the following year, and it’s around this time, well before finals, when “flat taken” signs start appearing in windows. As university enrollments wax and wane this practice, and the number of flats available to rent, can vary. 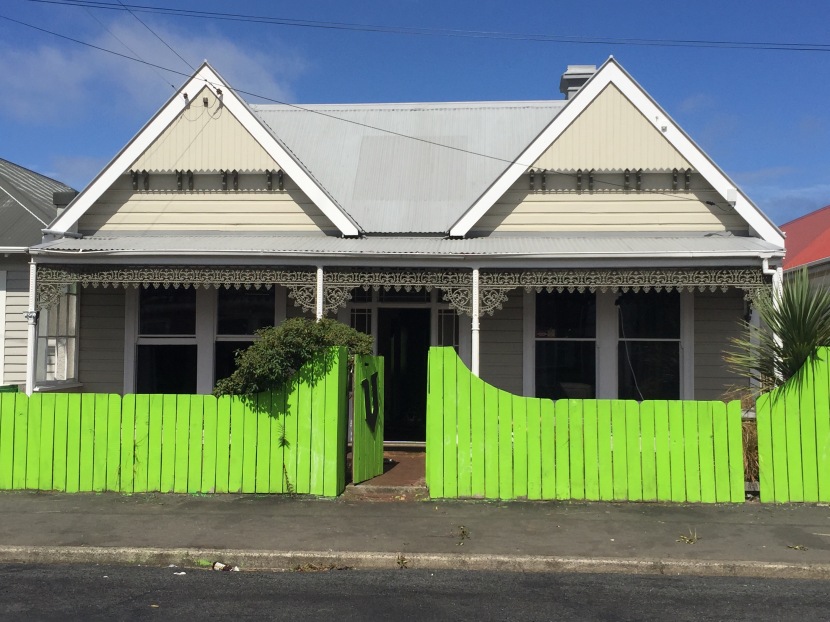 The V Flat on Dundas Street

The V Flat at 97 Dundas Street is one of the earlier sponsored flats in Dunedin and possibly the longest enduring. The V Flat appears in this August 2010 news report by Dave Goosselink for 3 News, where their annual competition is revealed – for a few minor challenges, a prize of $10,000 paid off the annual rent bill makes securing this flat an attractive prospect for students.

Their Facebook page has been active since that time and is used to share photos of the residents each year. Events are managed through their Facebook page, such as flat-warmings around Orientation Week in February, and the annual competition in August / September. Pamphlets are often found at food retailers around campus advertising their competition.

The V Flat – a sponsored flat on Dundas Street.

In February 2015, a raucous Orientation period saw The V Flat residents cancel their proposed party in O’Week because 3000 people indicated on Facebook that they would attend.

A spokesman for beverage company Frucor said the V flat party – originally scheduled for tonight – was cancelled due to “safety concerns”.

“Our number one priority is the safety of anyone attending any event associated with V,” Frucor acting marketing director Luke Rive said.

“The flatmates have been asked to cancel the party on the advice of NZ police and the university due to safety concerns, particularly in regard to flow over on to the street.”

That decision was made last week, and a Facebook page has since been taken down.

Flatmates told the Otago Daily Times they supported the decision after watching the number of people saying they would attend the event rise from a manageable several hundred people to 3000.

”It just got too big,” a flatmate said.

Did you live at the V Flat, or do you have any memories of visiting it?